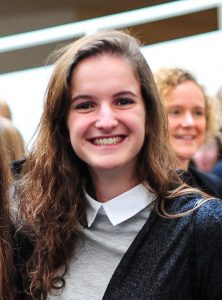 Louise Deschryver (°1995) studied history at KU Leuven, where she graduated with a master’s thesis on children’s self-perception in early nineteenth-century Belgium. Returning to her initial fondness of the early modern era, she started working as a PhD fellow in October 2017 on a research project on death and burial in the sixteenth-century Low Countries, supervised by professor Violet Soen.

Description of my interests

I am interested in the history of ideas and practices of death and burial in the early modern city and the way in which these could be influenced by, for example, war.