From Movement to Inheritance. Hidden Assets from the Treasury of Hungarian Reformation 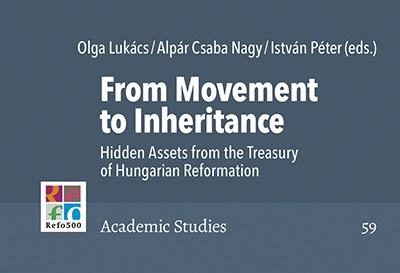 New volume in the R5AS series, edited by Olga Lukács, Alpár Csaba Nagy and István Péter, including 17 studies of Hungarian Reformed theologians presented at a conference in November 2016.

This volume includes 17 studies of Hungarian Reformed theologians presented at a conference in November 2016. The main goal was to give an overview of the most recent research results in history and theology regarding Reformation and its effects over society and mentality among Hungarians. The contributors come from various Hungarian theological universities from the Carpathian basin, thus the book is an overview of their research topics and results.

The City Cluj-Napoca was, became and remained an important center of the Reformation, as significant events took place in its surroundings as well. The Faculty of Reformed Theology of the Babeș-Bolyai University and the Protestant Theological Institute has always functioned in an environment, where the challenges of multi-confessionalism and multiethnicity are also present beside interdisciplinarity. 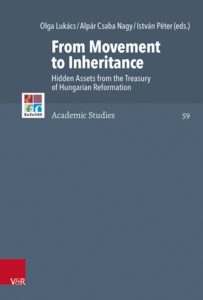 From Movement to Heritage. Hidden Values from the Treasury of the Hungarian Reformation