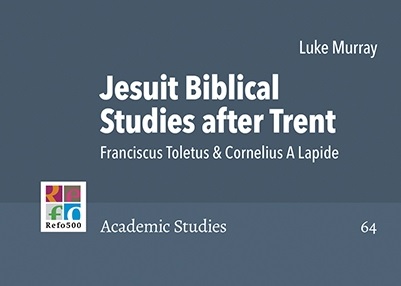 The dissertation of Luke Murray (KU Leuven and Ave Maria University) is now available in print and e-book format at Vandenhoeck & Ruprecht.

In the field of biblical hermeneutics one area which scholarship has neglected is Catholic biblical scholarship during the early modern era. A brief look through a standard textbook on hermeneutics reveals the all–to–common jump from Luther, Calvin and the other Reformers, straight to Spinoza and the pioneers of the historical critical method. Catholic figures during the Reformation and afterward are often considered too reliant on tradition, too entrenched in dogmatic disputes, and too ignorant of historical methods to be taken as serious scholars of Scripture. In this timely work, Dr. Murray addresses these misconceptions and systematically shows why they are inadequate and a more nuanced judgment is needed. Beginning with a much-needed overview of contemporary scholarship, the work examines the historical context and key influences on the Catholic approach to the Bible. After addressing the Council of Trent and the Jesuit Order, it then examines two influential Jesuit biblical scholars in the next two chapters, the Spanish Cardinal Franciscus Toletus (1532–1596) and the great Flemish exegete Cornelius a Lapide (1567–1637).

Dr. Murray examines the life, works, secondary literature, and biblical hermeneutics of both great scholars showing that Catholics, just like their Reformed brethren, could be serious and quality exegetes. While they lacked the historical knowledge and tools of today, the work shows that the Jesuits were pioneers in showing how their faith and devotion could be compatible with a historical and scientific study of Scripture. 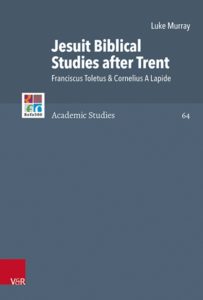