Martinus Becanus, On the Duty to Keep Faith with Heretics 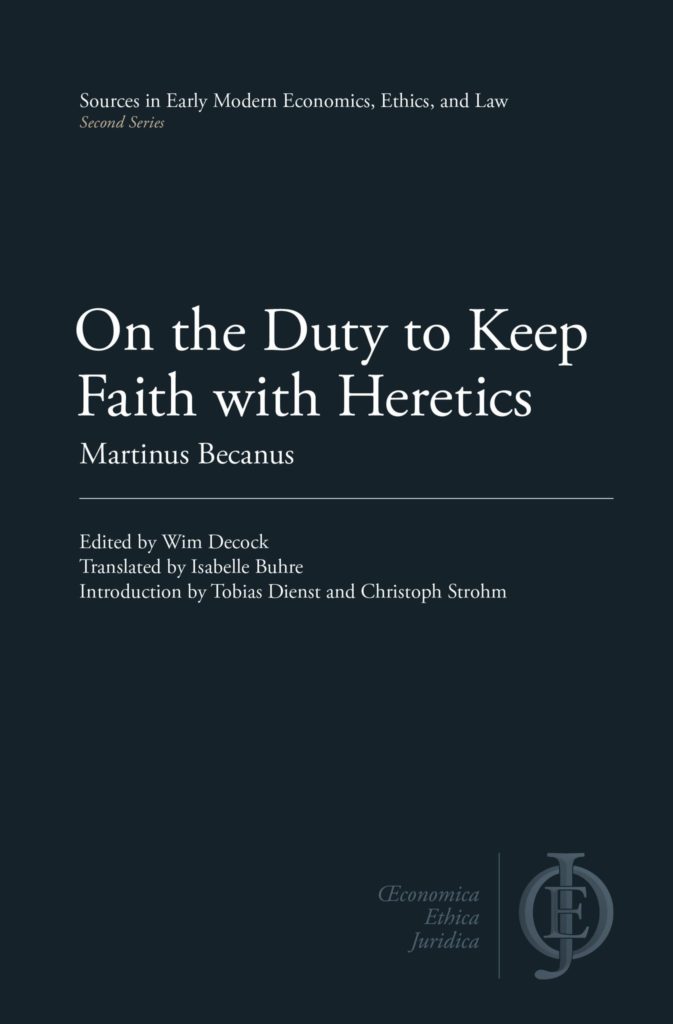 Available for pre-order in Acton’s bookshop: Martinus Becanus, On the Duty to Keep Faith With Heretics (ed. Wim Decock).

This work offers an extraordinary perspective on the early modern debates about toleration and the binding force of agreements between people of different Christian faiths. Drawing on principles of contract law developed by jurists and theologians from the School of Salamanca, the Jesuit controversialist Martinus Becanus (1563–1624) argues in favor of the duty to honor promises beyond confessional boundaries.

Although hostile to religious freedom as a matter of principle, he acknowledges that a prince may have good reasons to grant exceptions. In particular circumstances the toleration of religious diversity may not only prevent greater evil, but also advance the greater good, especially by stimulating a kind of pious competition between confessional communities.

This first English translation of Becanus’s De fide haereticis servanda allows modern scholars to discover a major work of one of the most prominent advocates of a permission concept of tolerance in the early modern period.