Discretion, according to the lexicographers, is ‘the quality of being discreet, especially with reference to one’s own actions or speech; prudence or decorum’. But it is also ‘the power or right to decide or act according to one’s own judgment; freedom of judgment or choice’. In religious matters, there was, in theory, no such right to decide or act in England at any point in the sixteenth century. Rather less attention, therefore, has been paid to the ways in which assertions of identity and distinction, and demonstrations of dissent, might operate more or less within the boundaries of legal conformity. Looking at both Protestants and Catholics, from c. 1530-1600, this lecture will explore the multiple forms such ‘discretion’ might take.

The intention is to illuminate some of the possibilities for the confessionalisation of everyday life, and to track some of the ways that a de facto religious pluralism was able to emerge within the parameters of an officially religiously uniform polity.

Heretics and Believers: A History of the English Reformation (New Haven and London, 2017; paperback, audiobook, 2018) 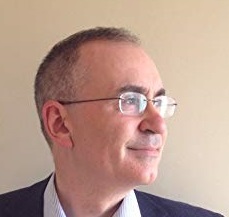