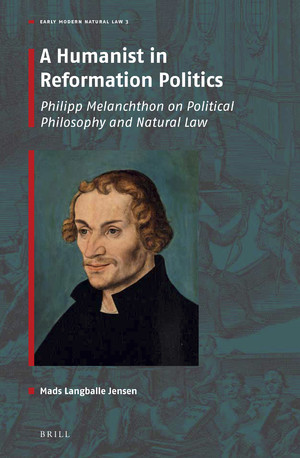 A Humanist in Reformation Politics

Authored by Mads L. Jensen. Volume 3 in the series 'Early Modern Natural Law: Studies & Sources'. This book is the first contextual account of the political philosophy and natural law theory of the German reformer Philipp Melanchthon (1497-1560). Mads Langballe Jensen presents Melanchthon as a significant political thinker in his own right and an engaged scholar drawing on the intellectual arsenal of renaissance humanism to develop a new Protestant political philosophy. As such, he also shows how and why natural law theories first became integral to Protestant political thought in response to the political and religious conflicts of the Reformation. This study offers new, contextual studies of a wide range of Melanchthon's works including his early humanist orations, commentaries on Aristotle's ethics and politics, Melanchthon's own textbooks on moral and political philosophy, and polemical works.