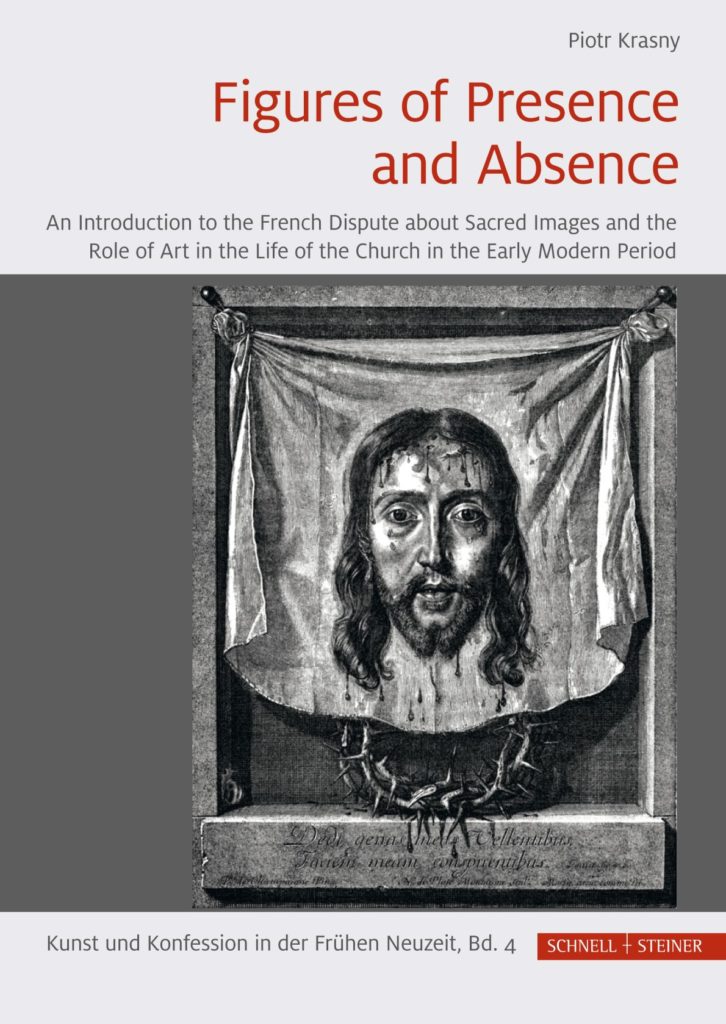 Figures of Presence and Absence

Volume 4 in the Refo500-series Kunst und Konfession in der Frühen Neuzeit. Authored by Piotr Krasny. The book is an introduction to the dispute about religious art that had been conducted in France from the beginning of the sixteenth century until the end of the eighteenth century. The debate involved not only Catholic and Protestant theologians, but also lay writers who tried to replace the dogmatic Christianity with the ‘religion of reason’ invented by the philosophes. A recurrent theme in the majority of statements in this discussion was a contention that religious images must not be perceived as ‘portraits of God’, but that they should be seen merely as a ‘separated signs’, detached from its invisible prototype; signs that only remind the faithful about God. Therefore French writers favoured restraint in shaping paintings and sculptures, fearing that otherwise works of art might excessively fascinate viewers with their sophisticated appearance, or might too profoundly move the emotions of the faithful. Christianity was for these writers above all a religion of the Word, and they considered images merely as a pastoral aid intended for ‘simpletons’ who either could not read or were unable to grasp the teachings of the catechism or the message of simple homilies. So, these writers approached religious art with reservations. Yielding to the above theoretical assumptions, the makers of religious art in seventeenth-century France achieved a high level of workmanship, characterized by noble simplicity and purity, only to succumb to the banality of schematic solutions in the following century, as they were unwilling to exert themselves in a domain that was becoming increasingly disregarded by the elites.