News Tenth Annual RefoRC Conference on Early Modern Christianity | May 27-29, 2020
RefoRC / Latomus and Luther. The Debate: Is every Good Deed a Sin?
To overview 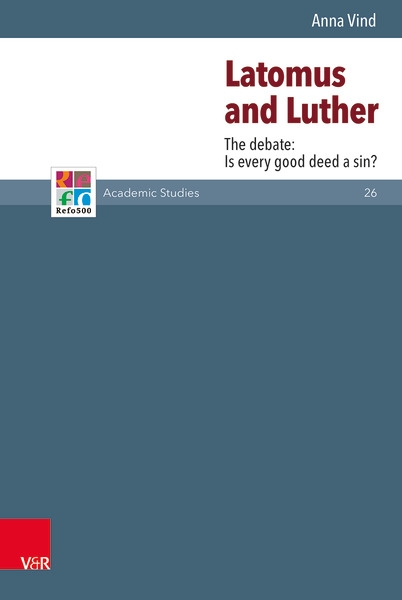 Latomus and Luther. The Debate: Is every Good Deed a Sin?

Who was Jacob Latomus? What did he write in the series of lectures to which Luther penned an answer in 1521, an answer which is now so central to many interpretations of the great reformer? And how is the reading of that answer affected when it is preceded by an interpretation of what Latomus wrote?The study goes through the most important parts of Latomus’ treatise against Luther (1521). The aim is to identify Latomus’ theological convictions and thus to pin down who and what Luther was up against. The second and major part of the book is a reading of Luther’s pamphlet against Latomus (1521). Parallels are drawn with Latomus’ theology in order to facilitate as much as possible an appreciation of the differences between the two.The comparison between the two theologians shows that they speak completely different languages and that their viewpoints do not square at all. Basically their ways depart in their understanding of God’s word and how it is communicated to man. This generates two ways of perceiving the matter of theology, and of speaking theologically –: and prevents mutual understanding.