News Tenth Annual RefoRC Conference on Early Modern Christianity | May 27-29, 2020
RefoRC / On the Law of Nature: A Demonstrative Method
To overview 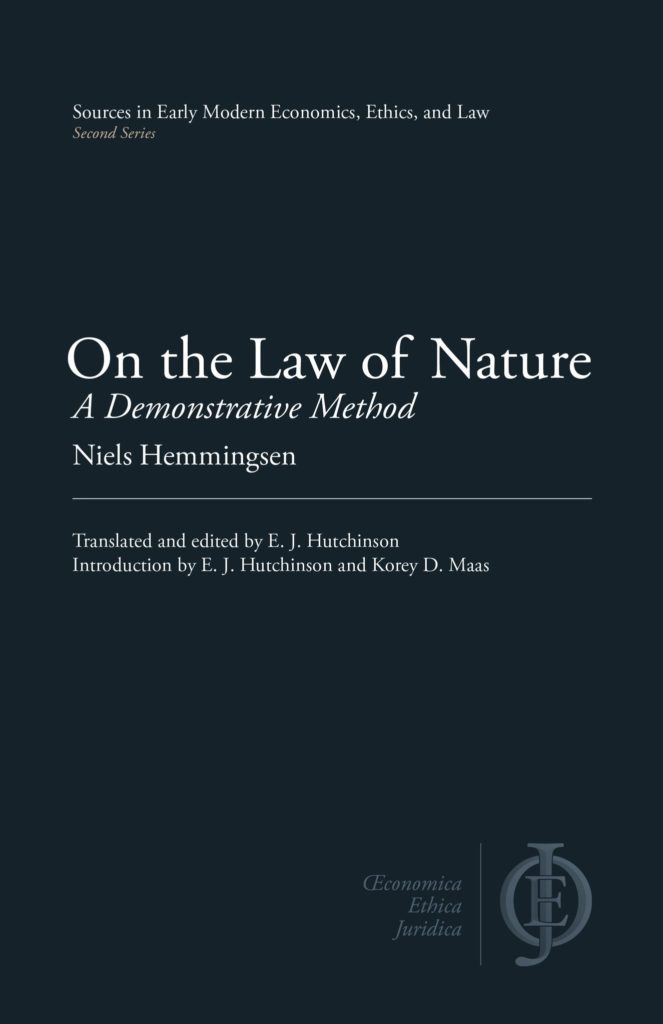 On the Law of Nature: A Demonstrative Method

Niels  Hemmingsen, On the Law of Nature. A Demonstrative Method, ed. & trans. E.J. Hutchinson, intr. E.J. Hutchinson & Korey D. Maas. In this treatise Hemmingsen argues that all particular rules of ethical conduct can be derived from immutable axioms or first principles. Though moral philosophy works according to its own rules, Hemmingsen shows that its conclusions, far from being at odds with the divine revelation of the moral law, are identical with the ethical commandments of Scripture. Thus Hemmingsen includes a section on the Decalogue, along with a lengthy account of the traditional cardinal virtues, supported by a myriad of quotations from classical Greek and Roman sources. This important treatise looks both backward to classical and medieval philosophy and forward to developments in the seventeenth century and beyond.