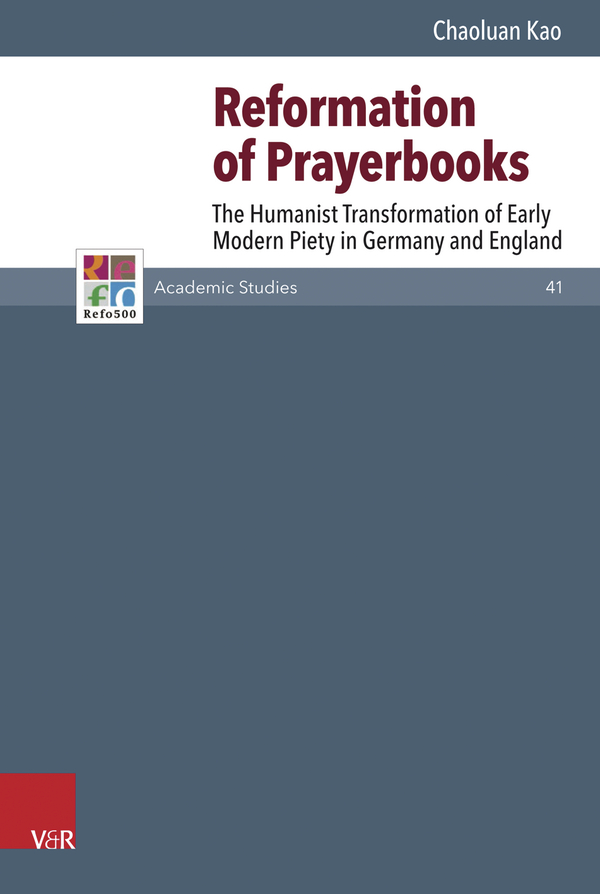 The Humanist Transformation of Early Modern Piety in Germany and England

In her study Chaoluan Kao offers a comprehensive investigation of popular piety at the time of the European Reformations through the study of sixteenth- and seventeenth-century Protestant prayerbooks. It pursues a historical-contextual approach to spirituality by integrating social and religious history in order to yield a deeper understanding of both the history of Christian piety and of church history in general. The study explores seven prayerbooks by German authors and seventeen English prayerbooks from the Reformation and post-Reformation as well as from Lutheran, Anglican, and Puritan traditions, examining them as spiritual texts with social and theological significance that helped disseminate popular understandings of Protestant piety. Early Protestant piety required intellectual engagement, emphasized a faithful and heartfelt attitude in approaching God, and urged regular exercise in prayer and reading. Early Protestant prayerbooks modeled for their readers a Protestant piety that was a fervent spiritual practice solidly grounded in the social context and connections of its practitioners. Through those books, Reformation could be understood as redefining the meanings of people’s spiritual lives and re-discovering of a pious life. In a broader sense, they functioned as a channel of historical and spiritual transition, which not only tells us the transformation and transmission of Reformation historically but also signifies the development of Christian spirituality. The social-historical study of the prayerbooks furthers our understanding of continuity, change, and inter-confessional influence in the Christian piety of early modern Europe.