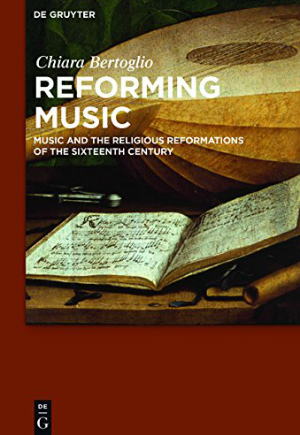 Music and the Religious Reformations of the Sixteenth Century

This book describes the birth of Lutheran Chorales and Calvinist Psalmody; of how music was practised by Catholic nuns, Lutheran schoolchildren, battling Huguenots, missionaries and martyrs, cardinals at Trent and heretics in hiding, at a time when Palestrina, Lasso and Tallis were composing their masterpieces, and forbidden songs were concealed, smuggled and sung in taverns and princely courts alike. Music expressed faith in the Evangelicals’ emerging worships and in the Catholics’ ancient rites; through it new beliefs were spread and heresy countered; analysed by humanist theorists, it comforted and consoled miners, housewives and persecuted preachers; it was both the symbol of new, conflicting identities and the only surviving trace of a lost unity of faith. The music of the Reformations, thus, was music reformed, music reforming and the reform of music: this book shows what the Reformations sounded like, and how music became one of the protagonists in the religious conflicts of the sixteenth century. Chiara Bertoglio Reforming Music. Music and the Religious Reformations of the Sixteenth Century 839 pages ISBN: 978-3-11-052081-1