News Tenth Annual RefoRC Conference on Early Modern Christianity | May 6-8, 2021
RefoRC / Reprobation: from Augustine to the Synod of Dort
To overview 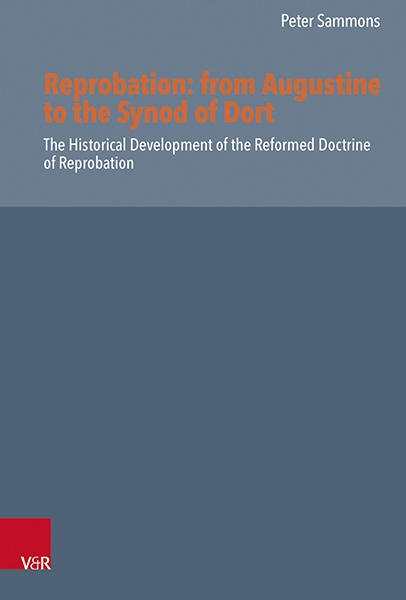 Reprobation: from Augustine to the Synod of Dort

The Historical Development of the Reformed Doctrine of Reprobation

Edited by Peter Sammons, Volume 63 in the Series 'Reformed Historical Theology'.   Over the centuries, the Protestant church has been severed into two major positions in regard to predestination and reprobation. On one side, the Arminians largely reject these doctrines, while the reformed readily embrace them as biblical truth. Although much has been written either rejecting or defending the doctrine of reprobation, little attention has been given to the historical development of the reformed position on the nature of reprobation and God’s use of secondary causality in the hardening of the wicked. By means of historical analysis, Peter Sammons traces the development of the doctrine of reprobation from Augustine to the Synod of Dort. In this book, Sammons gives special attention to views on reprobation and its various parts, preterition and predamnation, along with how, historically, theologians have attempted to articulate its execution. Perhaps one of the greatest paradoxes in all of Scripture, theology, and philosophy is here addressed: “How does an omnibenevolent and omnipotent God predetermine and interact with sin in the world?” Answering the question proves vital, not merely to reconcile theological and philosophical concerns, but to answer the all-important question of life, “Who is God?” This volume is intended to provide a balanced analysis of the historical and intellectual development within reformed theology as to how God is simultaneously holy and sovereign by examining how reprobation and its parts have historically been defined. Reformed understanding on this doctrine was not done in a vacuum, nor was it concluded in the 180 meetings of the Synod of Dort; rather, it has a history within the church of thoughtful development.