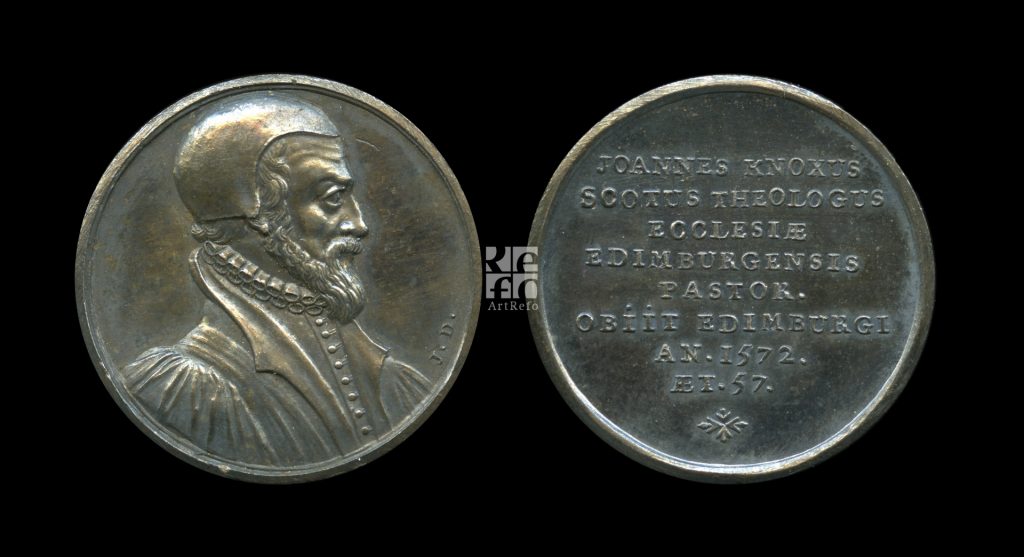 This medal by the Swiss artist Jean Dassier is one of a series of twenty-four portraying individuals who, in the words of the artist, had ‘laboured for the revival and restoration of the true Christian religion’. These included fourteenth-century figures such as John Wycliffe and John Hus, but focussed principally on the sixteenth-century Reformation. When he produced them, Dassier had already won an international reputation for his medals, which included a series based on Ovid’s Metamorphoses and another of illustrious French men of the time of Louis XIV. Working in Geneva, he dedicated his Reformers series to William Wake, archbishop of Canterbury. Upon receiving a set in 1725, the archbishop sent a letter of gratitude to Dassier, in which he complimented him for devoting his time to medals dedicated to those who had worked for the glory of God and the deliverance of religion from ‘errors and superstitions’. This medal of the Scottish religious leader John Knox belongs with a set struck in silver that belonged to George III. It came to the British Museum with the rest of the king’s collection in 1825.