The Dutch Republic and the Birth of Modern Advertising 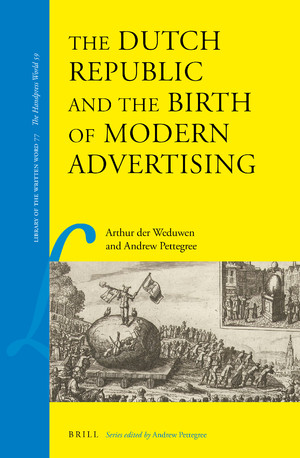 With the birth of a serial press in the seventeenth century, the introduction of paid advertising was the most crucial step in pointing the newspaper industry towards a sustainable future. Here, as in so much else, the laboratory of invention was the seventeenth-century Dutch Republic.

In this study, based on an exhaustive examination of the first six thousand advertisements placed in Dutch newspapers between 1620 and 1675, Arthur der Weduwen and Andrew Pettegree chart the growth of advertising from an adjunct to the book industry, advertising newly published titles, to a broad reflection of a burgeoning consumer society. Businesses and private citizens used the newspapers to offer a wide range of goods and services, publicise new inventions, or appeal for help in recovering lost and stolen goods, pets or children. In these evocative, colourful and sometimes deeply moving notices, we see the beginnings of marketing strategies that would characterise the advertising world over the following centuries, and into the modern era. 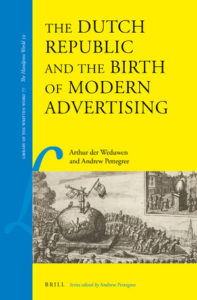