Devotion Inward and Outward. A Tension in Christian Spirituality from the Late Middle Ages to the 18th Century

Reformation somehow can be explained as result of a late medieval tension between inward and outward devotion: On the one hand, late medieval pious people went on pilgrimage or bought  indulgences just to fulfill given outer rules. On the other hand, they were concerned with the question of real penance and changing life, e.g. in the Modern Devotion, or with reading texts of the mystics. This tension was made explicit by the reformers, most obviously in the case of Luther and his protest against indulgences, but also in others like Zwingli or Calvin. Nevertheless, an image of the Long reformation would be insufficient if it after the 16th century just allocated the inward devotion only to Protestants and outward to modern Roman Catholics. Both sides integrated the tension into their own confessional culture, the Protestants coming back to rules regulating devotional life, Roman Catholics finding new way of inward spirituality, most obviously in the Spanish mystics. Especially the literature of inward spirituality, medieval as well as early modern was read in different confessional contexts, and even new devotional literature circulated between the confession. Even the feeling of a certain tension maintained within the different confessions, as can be seen in the new reform movement of pietism among Protestants and Jansenism among Roman Catholics. Thus, a closer look on the history of devotion shows a closely connected, interrelated history of confessions rooted in a common medieval ground. 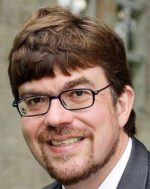